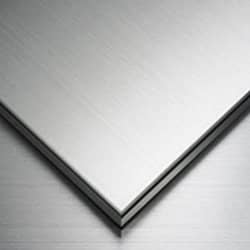 Aluminum: A Natural Earth-based Element That We Cannot Live Without

We hear a lot about aluminum, but don't know its uses. But did you know that this silvery-white and a ductile metallic element is actually the most abundant element in the earth's crust and in the same time found only in combination?

There are several forms and presences in which aluminum can occur. From foods in low concentration to various pharmaceuticals and even the drinking (tap) water, it is an element that is known for its reaction to water, oxygen, and acids. However, high levels of aluminum are toxic to our bodies - which is why most of its use relates to the alloys, where it dominates in a lot of forms.

The Versatile Properties Of Aluminum & Its History

The truth is, aluminum can be formed easy, is a hard and corrosion-resistant alloy, being a non-toxic, non-magnetic and non-sparking element. Known to be the ultimate discovery from the times of the Ancient Greeks and Romans, it dates back to thousands of years ago - or millions of years ago when forming the basis of the earth's crust.That being said, we can definitely conclude that like it or not, we are dependent on aluminum as an essential element in our existence. In fact, the world has taken advantage of it in the best way possible, using aluminum as an element in cutlery, automobile parts, boat and ship production, statues, paint tubes, airplane components, recycling parts as well as soda cans. Like it or not, the versatility of aluminum as an element proves that it can be used and repurposed a lot of times without making a single compromise to each use.

Aluminum And Its Properties + Some Technical Details You Want To Know

Have you ever wondered why is aluminum so easy to recycle?

Well, the answer lies in its weight and strength. As an element, aluminum comes with unique properties. For example, its density is low and accounts for it being amazingly lightweight as a metal. In the same time, this lightness does not affect its strength and does not make it brittle at low temperatures - but increases. However, when it comes to high temperatures, aluminum is known to decrease its strength, making the metal easy to manipulate with and repurpose it.

Basically, aluminum's properties excel when it comes to formability, conductivity, joining and reflectivity - for which it is known to be one of the best metals to work with and repurpose. Hence, recycling it is not a tough pill to swallow, but the best thing one can do with aluminum after using it as a product or component.

Another interesting thing is that aluminum as a metal is non-magnetic and non-toxic. For its non-magnetic properties, it is commonly known as the single metal that is used in magnet X-ray devices, while the zero toxicity best comes to light when it comes to aluminum's presence in drinking water, to begin with, as well as a lot of foods and pharmaceutical products. diamond plate aluminum is widely used for wall panels, wainscoting and wall tiles.

Here is a little more background on aluminum metal in general:

The 'Perfect' Material Out There

For many, diamond plate aluminum is the material that comes from the dream books. It's lightweight and non-toxic properties as well as the versatility it is proud to have to make a metal that is easy to combine with other materials, resistant to heat and corrosion as well as conductive of electricity.

On top of that, aluminum is the most common metal in the Earth's crust and the third most plentiful chemical element in our planet. When we sum up all of these facts, we can certainly say that the world cannot live without aluminum. From drinking water to foods, soda cans and even automobiles and hi-tech airplane engines, its presence and versatility are jaw-dropping.

It is no wonder aluminum is known as the 'perfect' material out there - treasured by the ancient Greeks and Romans and transferred to us, as well as many new generations to come.

Aluminum is one of the most useful metals on the planet, as it's the second most malleable metal on earth, and the most abundant metal in the earth's crust. On the surface, aluminum sheet metal is an easy to clean, low-density, non-toxic, and lightweight option that naturally generates a protective coating, so no painting is necessary. Corrosion resistance is extremely high because of the thin layer of aluminum oxide that forms when the metal becomes exposed to oxygen, preventing further oxidation. Its appearance ranges from silvery and shiny to a dull gray, depending on the roughness of the metal’s surface. Since it's so lightweight, it can be easily cast, cut, and formed. Aluminum is also a non-magnetic metal and is great for conducting heat and electricity. Aluminum diamond plate sheets are one of the most used metal sheets for industrial purposes.

Most of the time, it is used as an alloy (a mixture of two or more metals) with copper, manganese, magnesium, or silicon, since it’s not particularly strong. There are hundreds of different aluminum alloys since it’s much weaker by on its own. Aluminum is an excellent and inexpensive electrical conductor and is sometimes used in electrical lines.

Configure your aluminum sheet metal in 4 easy steps. Choose one of the 14 shapes you can configure online.